I did my first summits-on-the-air activation on April 28, 2019 on Mount Herman (W0C/FR-063) near Monument, Colorado, with Mark (N0MTN), a new friend, ham radio Elmer, and active SOTA participant who kindly overlooked the typical trappings of a ham radio/SOTA newbie. The physical exertion itself was not problematic—I barely broke a sweat during the hike—but the altitude wreaked havoc on my respiratory system. I've lived in Colorado since 2013, and I've adjusted relatively well to altitude when doing regular activities. I was not quite prepared for the effort needed to hike at the higher altitudes, but I made the summit. One of my reasons for getting involved in SOTA is to become more able to tolerate exertion at higher altitudes, but I also really enjoy the competitive aspect of SOTA and the expansion of my radio knowledge that comes with operating portable, battery-powered stations in mountainous terrain.

I made thirteen contacts on Mount Herman, of which six were on 20m SSB. The remainder were made using FM on 2m. Since I didn't have my general class ham license at the time, the SSB contacts were made while operating under my friend's callsign/control.

As of May 20, 2019, I have received my general class license for amateur radio, and have since completed numerous summits in the Colorado front range area. I am working toward Mountain Goat status!

I've created a SOTA bulk-entry tool that allows activators to quickly enter their contacts. Once the callsign, summit, band, and mode have been set, those values are retained across rows (as new rows are added) until the activator changes them. 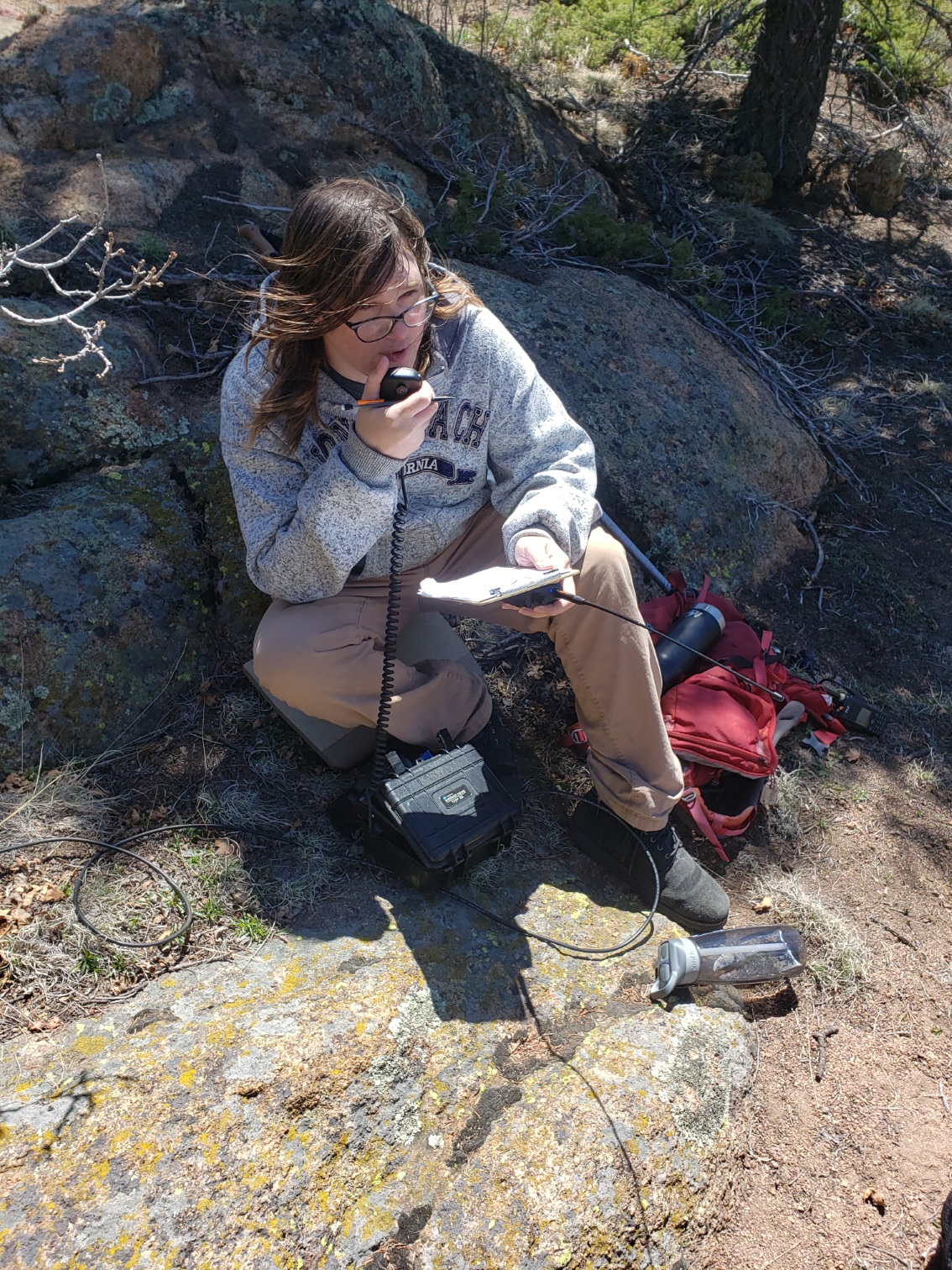