I'm Alex, and this is my web site—a multi-year project that always seems to be "just getting off the ground." When building personal sites in the past, I spent significant time on design, layout, color schemes, and logos. The result usually was a visually appealing site with very little content and only tiny glimpses of the author behind the page. To avoid contributing to the already pervasive problem of lack of substance on the web, I've decided to construct this version of my site around content rather than design. Realistically, I was never very proficient at the design aspect of web development anyway.

My history with the web goes back to the mid-to-late 1990s, to the age of dial-up modems, blatant disregard for color coordination, and cheesy animated GIFs (think of the once-ubiquitous animation indicating that a page was under construction with a terribly pixelated worker wielding a shovel). Despite the visual deficiencies, the early web was rich with content. The landscape was dotted with a large number of low-tech personal web sites, often hosted on servers provided by universities or small, local ISPs. Newsgroups were still active and relevant, and googol was merely a name for a really large number.

If you could sample the "substrate" of the early web, the sample might consist of equal parts academia (with a heavy focus on engineering, telecommunications, and computer science, for obvious reasons), government (at all levels, with associated private-sector contractors), and do-it-yourself enthusiasts interested in writing about themselves, their hobbies, and the technologies that powered the system. Overall, the space was home to many independent and largely non-profit voices, many of which are missing from the web today.

One of my earliest experiences with the Internet (beyond just strictly the web) was Internet Relay Chat (IRC). I don't recall which IRC network I used originally, but it was likely EFnet. IRC was quite active at the time, with thousands of users from around the world online throughout the day and night. IRC has been a mainstay of my Internet experience, although channel activity has dropped significantly in recent years due to a corresponding decrease in the number of connected users on the major networks. Over the years, I've used Freenode, EFnet, Dalnet, and several private IRC networks. I'm a recovering IRC addict.

The Internet has revolutionized society, in a way not seen perhaps since Gutenberg's printing press. Despite the hyper-commercialized reality of today's Internet, the technologies, capabilities, and ideas that shaped the early Internet and made it revolutionary are still extant.

This web site, designed and written in the spirit of the early web, is my contribution to that revolution. 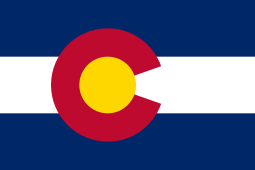